Debra McElwain hugs her son Jason after his 20-point performance in the last four minutes of the game against Spencerport High on February 16, 2006. Jason has autism and has been the team manager of the Greece-Athena High School basketball team for the past two seasons. For their last home game of the season head coach Jim Johnson let Jason suit up and promised to let him in sometime during the game. Jason's performance spurred national attention and even inquiries from over 20 movie production companies. 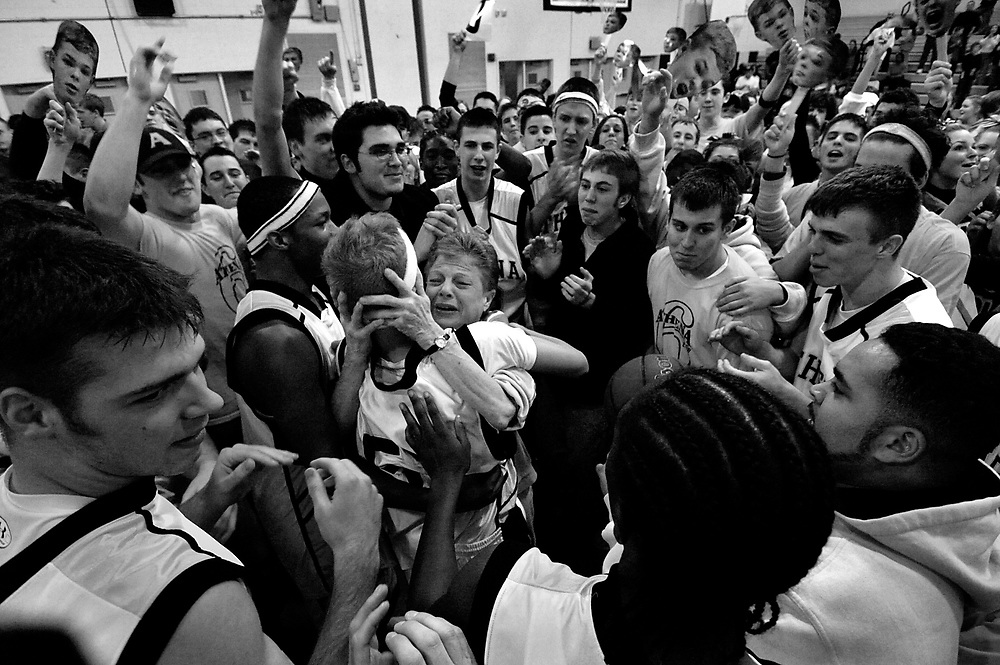