Members of the "Sixth Man" cheering squad of Greece-Athena High erupt in cheers as team manager Jason McElwain hits his third three-pointer in the fourth quarter of the last home game against Spencerport High on Wednesday, February 15. Athena earned a three-way share of the Monroe County Division II basketball title by defeating Spencerport 79-43, thanks in part to a 20-point performance in the last four minutes by McElwain. McElwain who has autism and has been the team manager of Athena for the past two seasons. 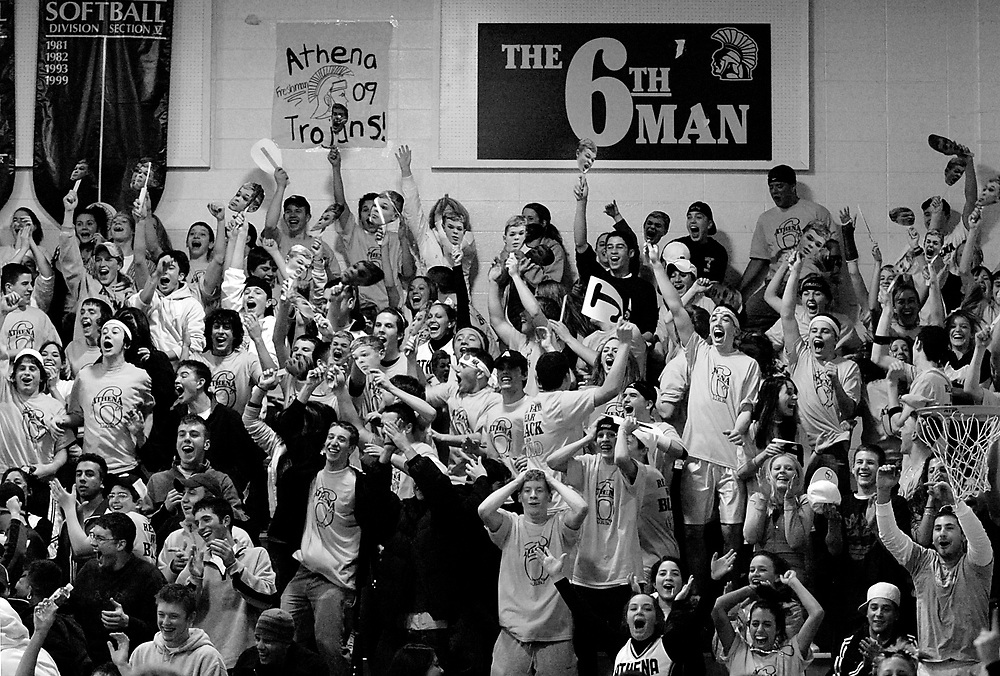